Bringing pupils together in conversation is an important goal in pedagogical work.  One method we tried out in our project is that of the World Café. It goes back to the American management consultants Juanita Brown and David Isaacs. 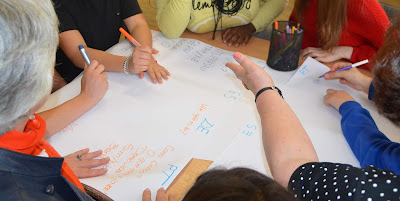 The method
Depending on the number of previously selected questions, tables are set up and equipped with a writable tablecloth or a large poster. A sufficient number of pens should be available.
Each table is occupied by a "host", who introduces the working method, explains the procedure and pays attention to the observance of the rules of conduct, so that an open and friendly atmosphere can develop. The hosts should announce themselves voluntarily for this task and remain at their respective table during the entire execution.
Each sheet of a table group is provided with a question - these differ from table group to table group. The questions should arouse interest and be open. A simple clear question is important and it should have an inviting character to get the discussion started.
Each new group is briefly introduced to the topic by the table hosts and receives a summary of the most important core ideas and findings from the previous round(s). The hosts also make sure that important thoughts and ideas are recorded on the posters in writing or in small sketches.
After a pre-set time, the groups change. In each case a new mixture should develop, which should not exceed approx. five to six persons per table. This group size enables a manageable communication structure.
A discussion round lasts about 10 to 15 minutes, then the groups are changed. The World Café ends with a short reflection phase.

Conclusion
In our opinion, the method has proved very effective in bringing our mixed national student group into conversation with each other. The students discussed with each other, noted down their insights and thoughts and prioritized them according to the host's instructions. The method involves little organisational effort, but requires well selected questions and a sufficient number of voluntary hosts. If necessary, the results can be presented to the plenum at the end of the round, for example if different solution variants were discussed at the tables, between which decisions are to be made at the end.
on October 17, 2019 No comments:

Email ThisBlogThis!Share to TwitterShare to FacebookShare to Pinterest
Labels: Activities

The learning platform Kahoot!, developed in Norway in 2013, is a new platform for learning. (https://kahoot.com/) offers a motivating learning opportunity for pupils through its playful access to learning content. 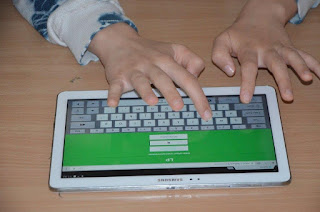 For the creation a moderator (usually the teacher) has to register and design the Kahoot! The players each receive a pin with which they can register to play against each other. Both clear names and freely chosen names can be used. The respective games can be saved publicly in a cloud as well as privately.
Each question has two to four possible answers, which are highlighted in colour. More than one field can be correct. Within a certain (freely selectable) time, the students must touch the appropriate fields on their terminal device. The faster they find the correct fields, the more points they can score (maximum 1000 points per question). Between each question the intermediate score with the five leading players is displayed.

Conclusion
In particular, the competitive character and the use of mobile phones have met with a positive response from students. However, the multiple-choice character of the tasks has limitations for more complex questions or creative learning approaches. As part of our project, the students developed various Kahoot! games themselves. Since the focus was on development and use, the games are not public for copyright reasons.
on October 17, 2019 No comments:

Email ThisBlogThis!Share to TwitterShare to FacebookShare to Pinterest
Labels: Activities

One of the main activities of the EAZA, the European zoo association, are the European endangered species program (EEP). This program tries with specific and coordinated breed to preserve animal species which are threaten to die out.
Thus they followed the example of the American zoo association AZA with its species survival plans (SSP). Private-people and other institutions like universities or national-parks can also join the EEP in individual cases beside zoos.

Each animal species is managed by a zoo in frame of the EEP. The breeding-book of the population is managed by a local coordinator who gives recommendations for mating of individually animals to keep up an optimal gene pool. This is how the inbreeding risk is avoid because the coordinator decides which animals are mated because of close relatives aren`t allowed to be brought together. He also puts together new groups and organizes the exchange between the involved breeders. These coordinators meet each other every year on the EAZA annual meeting. They give reports and get professional advices. Guidelines of keeping for the respective species belong to it. The EEP are suggested by specialists for animal groups, the Taxon Advisory groups, of the EAZA and are confirmed and watched by the EEP-committee.

The 150 EEP, which exist for now, care in their majority about mammals. Birds, amphibians, reptiles, fish and invertebrates are getting breed too. A fewer intensive variant of an EEP are the European Studbook Programs, the ESB, of the EAZA, in this context another 140 species get breed.
An EEP leads in the best condition to constant, healthy and selfpreserving populations. In addition animals should be reintroduced, to support and rebuild the wildlife populations. Examples are the European bison or the Przewalski horse.

A disease can completely erase a species or a race, if there are only a few exemplars of this species or the race left. Because of that the disease protection is very important by the keeping of threatened animals. A weakening of the total portfolio can lead to the impossibility of a successful breed with the remaining animals. Because of that it is important to scatter the exemplars of threatened animals widely and to pass on them to other animal parks. By synthetic insemination and modern possibility of transport the program is maintained. In certain circumstances the delivery of exemplars to private citizens is a precious help and in particular it is carried out by livestock breeds, which can be kept under usually agriculturally conditions.
Oskar
on October 17, 2019 No comments: 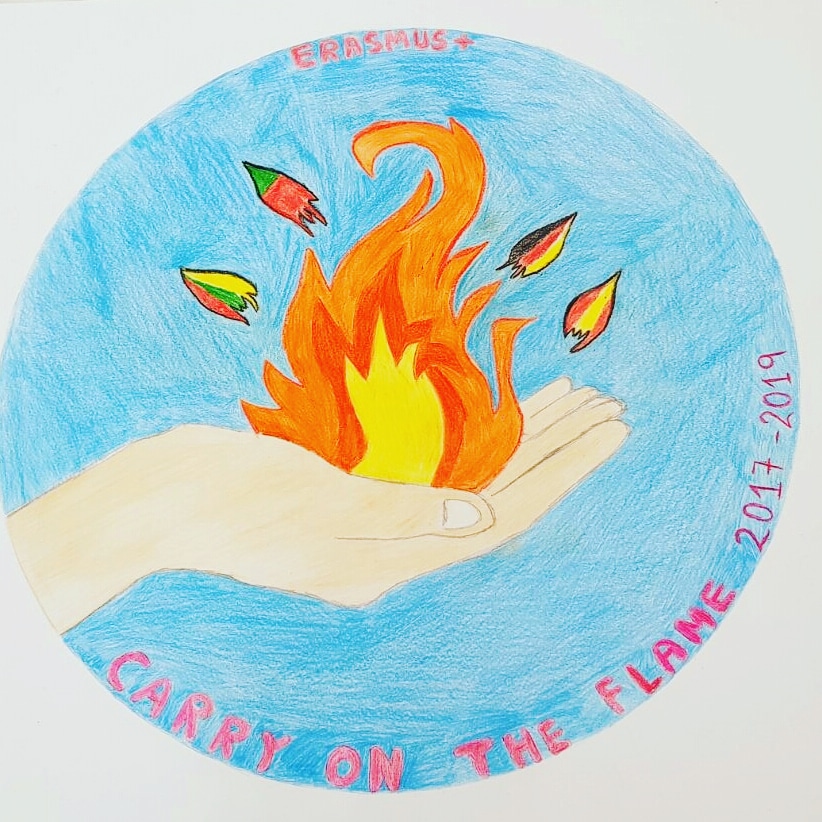 This project has been funded with support from the European Commission. This publication reflects the views only of the author, and the Commission cannot be held responsible for any use which may be made of the information contained therein.